Pipes, concrete and a hidden railway

Pipes, concrete and a hidden railway 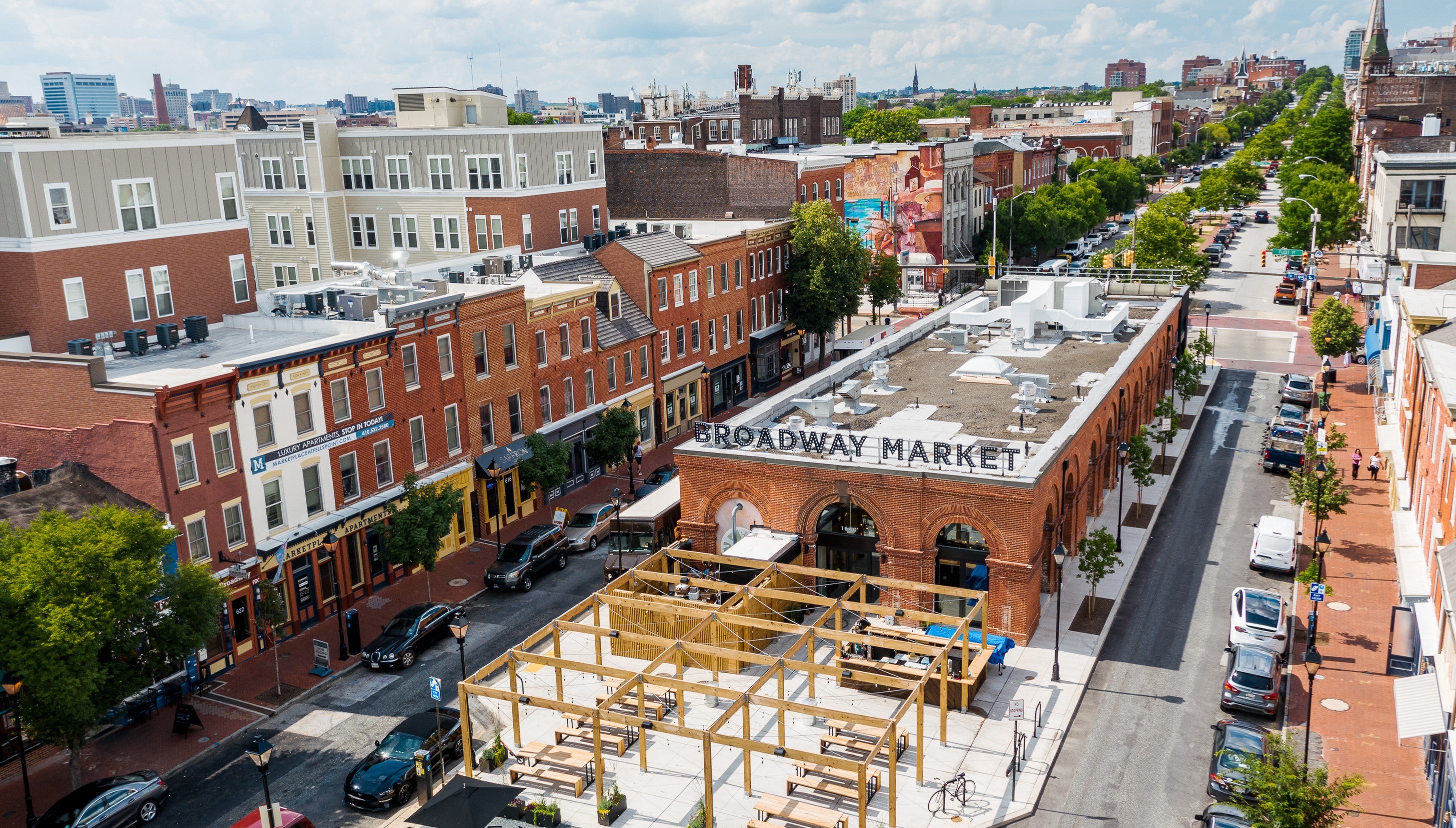 The renovation of Broadway Market’s North Shed produced a transformation that spread beyond the walls of the building.

Dark, decaying and vacant for decades, the shed wasn’t just an imperiled historic property. It was a weight on the neighborhood, dampening prospects for redevelopment around it.

Consequently, Plano-Coudon was excited to land the contract to restore the historic market.

“It is a 150-year-old building that had been partly renovated multiple times and there were no records of any of that. Nobody really knew what we were getting ourselves into until we actually started work,” said Anthony Malizia, Plano-Coudon Project Manager.

Crews discovered problems with the roof, the bricks, even the soil beneath the building.

Some pipes led to daunting issues. When crews attempted to switch a water connection to the market from old infrastructure to a new waterline, they discovered a very old shutoff valve no longer worked. Workers ultimately found a way to make the cutover even as water poured from the supply line.

The team had hoped to reuse the building’s existing concrete slab. But crews had repeatedly altered the slab over the decades, leaving its width ranging from three to 12 inches. Removing it was the only option but that turned up a new set of challenges. Workers discovered a variety of obstacles beneath the building, including an uncharted power line and an old set of railroad tracks.

“It was the craziest thing,” Malizia said. “I guess at one point in time there was a rail line that ran from the harbor all the way up Broadway to wherever, and it had just gotten buried.”

Meeting tenant needs created a second wave of challenges for the project team.  Some tenants who signed leases after construction was well under way, needed alterations to accommodate pieces of specialty equipment or food preparation processes. That required workers to repeatedly cut back into floors and move systems.

“With all the changes we had, it could have been a rough job,” said Ali Chamani, Project Manager at Aegis Mechanical Corporation. “But it went well. Tony [Malizia] was very involved, hands-on. When we had a question, he would do his best to get me an answer the same day. And I did the same for him.  If something went wrong and he wanted us there, we were there in 30 minutes. We had a good team.”

“The level of coordination between Plano-Coudon, the owner, the vendors and us kept the project moving smoothly,” said Kevin Murphy, Project Manager at TEI Electrical Solutions. “Because of that, our team was able to meet the accelerated schedule and accommodate change requests from vendors right until the end of the project.”

Swift response to changes and challenges was essential to the overall project schedule and to the livelihoods of several small food companies who were depending on completed fitouts to restart their operations.

“The smartest thing the project team did was be proactive,” said Blair Radney, Project Executive of Plano-Coudon’s Small Projects Division. “There was no time for waiting. The project required that they run the ball and they did.”

“Plano-Coudon did a great job considering we had a very modest budget and a very aggressive schedule for a complex project and then we ran into a lot of challenges,” said Kuo Pau Lian, Co-Founder and Principal of PI.KL Studio, the project’s architect. “The construction process and implementation of the design was as smooth as you could hope for.”

The result of all those efforts is a dramatic revival of a decrepit, historic building. The design restored the market’s original, towering, arched windows which had been blocked over long ago to increase usable retail space. Filled with natural light, the new interior blends historic bones with industrial elements and the bustle of a city food market. Outside, the project team converted a parking lot into a public plaza with seating, a bar and event space.

The project both “activated the building, bringing local businesses back and also created an inviting public space that enhances the urban fabric,” Lian said. “That block had been struggling for so long and having an eyesore [the abandoned North Shed] in the middle of the block was not helping. Now, the market has become a very cool, energetic space that has enlivened that block. Hopefully, that energy will spread throughout the neighborhood.”