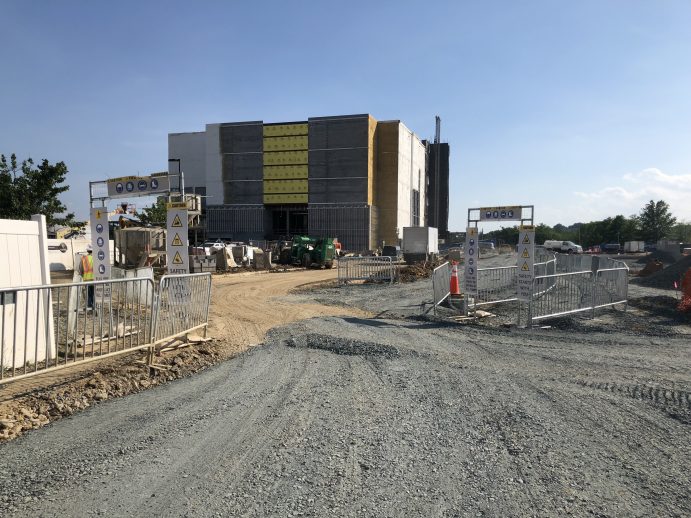 Diageo – a global leader in spirits, wine and beer – has selected Plano-Coudon Construction to build the first Guinness brewery in the United States in 63 years.

As soon as they learned of the project, principals at Plano-Coudon teamed up with Baltimore-based Design Collective and launched into an effort to land the contract. Both companies realized that the project would attract large, national competition, but “we brought a really strong, truly integrated team to the table,” said Brett Plano.

Headquartered in Baltimore, both companies have strong local knowledge and connections. The two companies have put in place more than $115 million of construction together over the past 15 years. That work has included complex adaptive reuse developments, construction of laboratories and high-tech facilities, phased and fast-track renovations, multi-use facilities, and high-visibility projects for branded clients.

Plano-Coudon, Herbert said, brings extraordinary value engineering to projects, ensuring that clients can realize their vision within their budget.

Both companies “pride ourselves on being good listeners,” Herbert said. “That is really important with a branded client. You need to listen and learn how they cultivated their brand, what’s important to them and understand how architecture and construction can support that brand.”

Team members were eager to bring the Guinness development to Baltimore County and excited by the fact that the project site on Washington Boulevard in Relay is in their neighborhood. A map generated by the companies showed that the offices of Plano-Coudon and Design Collective as well as the homes of Plano, Coudon, Herbert and the senior project manager all sit within a five-mile radius of the Guinness site.

“I literally drive past that site on my way to and from work every day,” Plano said. “I did not want to drive past another contractor’s sign every day while this facility was built.”

Some project team members had deep interest in breweries and micro-breweries, which included knowledge of brewing systems, equipment and processes. And one member had a documented passion for Guinness.

An avid Guinness drinker since college, Herbert long ago added a clause to his will, stating that his ashes must be scattered at the original Guinness brewery at St. James Gate in Dublin.

Pre-construction work on the design-build contract is starting immediately. Site work is expected to begin in late summer so that Diageo can open its Guinness Blonde destination in Baltimore County in the summer of 2018.

“Landing this contract is a culmination of several years of hard work to establish Plano-Coudon as a best-in-class contractor in this area,” said Ryan Coudon. “It feels like a coming of age. We have grown and matured. We have shown that we can compete head-to-head with large national builders and win work with sophisticated, global clients.”